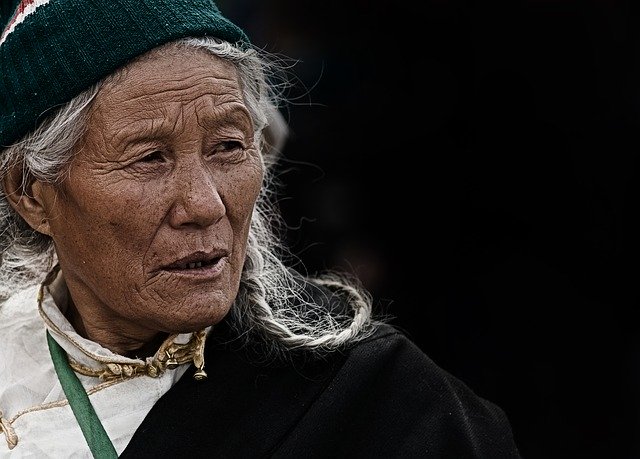 The following is an excerpt from chapter twelve of my latest book, Uncommon Hope: The Path to an Epic Life.

A year or so after my first trip to Nepal, I took a second, and this time with a small team from my church. We felt led to go to the rural communities outside of Kathmandu where conditions were truly awful.

The capital city has many destitute people, but the small villages of Nepal are occupied by the poorest of the poor. Most live in brick and stone homes sometimes smaller than my three-car garage. The floors are often dirt. There’s no central heat, they cook over fires, and nobody has running water or electricity. Every village child I saw had a runny nose. Every adult looked twenty years older than they were, and though they always smiled, their eyes looked tired and sad.

We had a driver take us to the border of Tibet and Nepal high in the Himalayan mountains. There is a bridge on that worn-out road in a trekker’s village called Kodari that is a link between Nepal and Tibet (technically, China now).

This bridge over the Sun Kosi River is a ragging torrent of extremely cold water from snowmelt. The whole scenic experience is breathtaking. Imagine being at just over eight thousand feet high, the air is thin and always brisk, yet the smell of cooking fires is everywhere while you are surrounded by the Himalayas that soar above the clouds.

This setting on our planet may not be one of the seven natural wonders of the world, but it’s incredible. How could this spot of so much natural beauty be a place of such horrible human struggle?

One more piece of trivia: Tibet is under Chinese rule, so Americans aren’t allowed to cross the bridge—oddly enough called the Friendship Bridge—unless they have a visa.

But I was stopped by a small and stern-looking Chinese military man, who stood in my way. He just shook his head no and pointed back to the Nepal side of the bridge. In a moment of stupid defiance—I don’t know why I do things like this—I slid my left foot over the borderline. For about a second, I was in Tibet! At least until the army dude stepped closer and raised his gun. I immediately smiled, bowed, and turned around quickly as I walked back to my friends, who shook their heads in irritation at me. There was no need to start an international incident with the Chinese when I was there to help the poor.

The plan was to walk back from the border to the city. It was a distance of about one hundred miles on a road more trail than street. We walked about twenty miles a day, always at high elevation, and it was exhausting.

Nonetheless, we walked, and in every village along the way, we stopped and I preached the gospel through an interpreter who traveled with us. We also offered to pray for the sick, and we saw people healed.

People cried at the kindness of the silly Americans trekking through their village, loving on them and praying for the sick. It was powerful and amazing to see God work in the lives of these poor people, many of whom had never heard the name of Jesus.

LESSONS LEARNED IN THE HIMALAYAS

I can’t tell you of any lasting spiritual fruit in the lives of the villagers of Nepal. As far as I know, only one man prayed with us to become a Christ-follower. But I can tell you what God did in me. I am now willing to go anywhere, to anyone, and to do anything God asks.

I haven’t complained about my lack of resources for a long time. Coming face-to-face with severe poverty permanently alters your perspective.

I also learned obedience to God doesn’t always make sense to our human way of thinking, but it is a path I have never regretted taking, even when it’s a path near ten thousand feet high in a strange land.

And, most importantly, I have found that uncommon hope and an epic life come to those who go wherever God sends them regardless of the personal cost.

Something profound happens in us when we have an encounter with God that redirects the trajectory of our lives—when we step out in faith to obey and follow Him.

God will get your attention any way He can.

He’s committed to you discovering and engaging in a dream that will probably blow your mind.

Because He wants to use you to make a difference in a world desperate for hope. If you like what you just read, please order my book today.

Here's the link to Amazon.

If you'd rather use Barnes and Noble here's that link.

3 Insights about Leadership, Change, and Depression

The Forgotten Art of Civility and Why It Still Matters

Letter to a Dying Friend