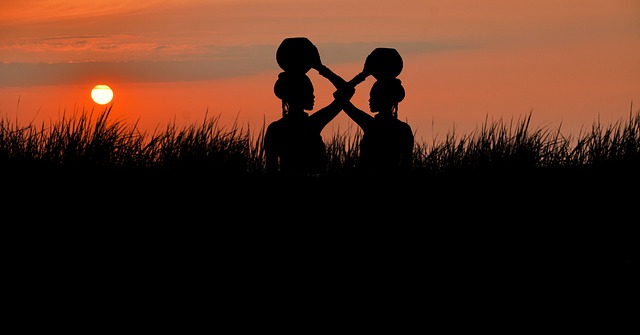 Note: As you know, I have invested a lot of time in Africa for over six years. I love the people and the land. When I read this, I knew I had to pass it along!

The future of Christianity is female… and African.

Gina Zurlo is the co-director of the Center for the Study of Global Christianity at Gordon-Conwell Theological Seminary. The goal of her research is to “put the spotlight on Christian women’s contributions to church and society and fill in gaps in our data.”

Those involved in the social sciences have long known that women are more religious than men. The Pew Research Center has found that Christian women are more likely to attend weekly church services, pray daily, and say their faith is important in their lives.

Biblically, as Zurlo points out, “women were the last at the foot of Jesus’s cross, the first at his tomb. Research has shown that they were critical to the growth of the early church, being more likely to convert to Christianity than men, and most of the early Christian communities were majority female.”

What is most intriguing about Zurlo’s research is that “women are the majority of the church nearly everywhere in the world, and that its future is poised to be shaped by African women, in particular.”

Just to be clear:

Anchoring the worldwide growth of Christianity is the global South, particularly Africa (2.77% growth rate) and Asia (1.5% growth rate). To put that growth into perspective, in 2000 814 million Christians lived in Europe and North America, compared to 660 million in Africa and Asia. Currently, the entire global North holds only 838 million Christians, while Africa and Asia alone have climbed to nearly 1.1 billion followers of Christ. Leading the way is Africa, whose Christian population is growing faster than any other continent. In fact, more Christians live in Africa than any other continent in the world. By 2050, Africa will be home to almost 1.3 billion Christians. North America? Only 276 million.

The global North has historically been the one sending missionaries to the world for the sake of the gospel, usually to the global South.

Now we need Africa to send them here.

And most of them will undoubtedly be women.

HOW TO MAKE EVERY 31 MILLION SECONDS OF YOUR LIFE COUNT!