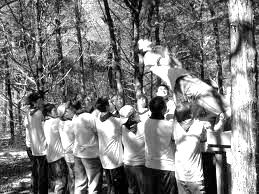 Most of us don’t have to think very long or hard to remember the last time our trust was shattered. Maybe it was a spouse who devastated your trust through unfaithfulness. Maybe it was a teen who made some really bad or dumb choices. Maybe it was a boss who promised one thing and yet did another. Maybe it was the dog that ate your couch when you trusted him alone in the house. Perhaps it was a pastor who let you down and like Humpty Dumpty he has fallen off his pedestal and trashed his honor and your trust to pieces.

Trust is at the core of every healthy relationship. When you trust someone, your mind is at peace, and even the thought of that person brings joy to your heart. When it is broken, however, there is a deep and unsettling pain at even the mention of the offender’s name.

Trust provides an environment of confidence in a relationship. It fosters an openness and boldness in a way that causes us to speak the truth in love. But without trust, it’s hard to believe the best about another person, let alone take the risk of being honest with them.

When we do trust, our fears and worries are greatly reduced (if not eliminated). When we don’t, we can easily become consumed by an overwhelming need to control and micromanage.

Perhaps that’s why the Bible talks so much about trust. We are challenged to trust God (Proverbs 3:5), trust our spiritual leaders (Hebrews 13:7, 17), and to trust one another (1 Peter 5:5). God knows the value of trust in all our relationships.

So what happens when trust is broken? Is it possible to rebuild and restore what has been lost?

Yes, but it takes time and lots of hard work.

Picture trust as a bridge that has been damaged or destroyed. The resulting gap is great and the challenges ahead are difficult, but not insurmountable. There are no shortcuts, however. It simply takes time. Time to heal. Time to earn again the trust that was lost. Time to rebuild the bridge.

Several times a year I travel to Portland, Oregon along a route that has some major work being done on a bridge. I’ve been through this work zone a half dozen times over the past couple of years. At times, it seems like nothing has been done. In fact, the progress seems ridiculously slow, but brick by brick and inch by painful inch, the bridge is being built even though it’s a lengthy process.

I’ve got a couple of relationships just like that bridge; one where I broke someone’s trust, and another where mine was severely broken. The process will take time and a lot of effort, but I know the end result will be worth it all if we just keep moving forward.

To trust again is to believe again in a way that restores faith and hope in the offender. How could that not be worth the time and effort?

All of that being said, like dancing, it takes two committed people ready and willing to move together for something beautiful to happen.

So “as far as it depends on you, live at peace with everyone” (Romans 12:18). Do your part to restore what was lost, and pray the other person does too. Then watch and see what God can do when his kids dance!

Be Presidential (Yes, That Means You.)

How to See a Dream Come True (Eight Ways to Experience Great!)

When Things Go BANG in the Night!